advantages and disadvantages of succession planning in hrm

It is of utmost importance to be prepared for any form of uncertainty your business may face in the future. On that note, Succession Planning assists in building a foundation for the hierarchical structure of the organisation. At the same time, it is also necessary to understand the benefits and drawbacks of succession planning.

There is always the possibility of an employee retiring or leaving the company which may leave a key position open. Succession Planning ensures that these vacancies do not tamper with the functions of your organisation and also prepare potential employees to become future leaders and undertake key roles.

What is Succession Planning? 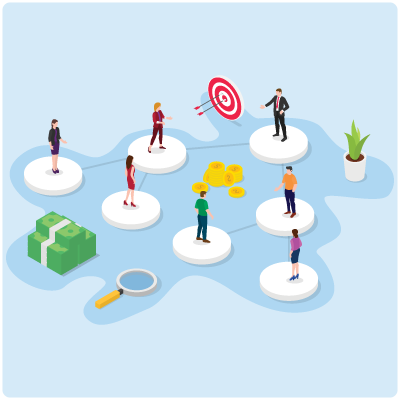 As part of Human Resource Management (HRM), Succession Planning in organisations entails succeeding leaders and managers with high-potential internal (and occasionally external) successors. It’s all about finding, and developing employees so that a change in roles goes as seamlessly as possible.

Mitigating organisational changes is the goal of developing a succession planning strategy or framework. Because there is no longer a “vacuum” of information, when a change at the top happens, the friction between departments, teams, and employees is minimised.

In that way, Succession Planning serves a multifaceted role. It’s not only about containing the damage or rapidly replacing a key leader, it’s about replacing a leader with someone who is qualified for the position, has the ability to succeed, and can step into the role swiftly and effectively. 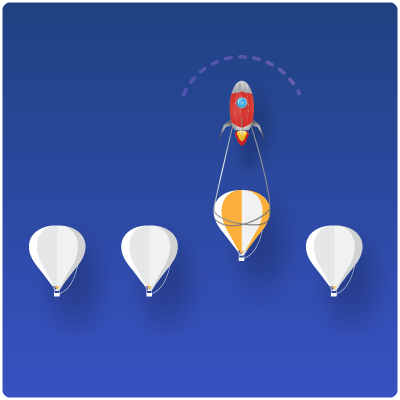 Succession Planning is a guaranteed win-win solution for both, employers and employees. Some of the advantages of succession planning to the organisation and the employee are listed below:

1. Protects your business from uncertainty

One of the most vital benefits of Succession Planning is that it protects your business from uncertainty. In the case of an expected retirement, there is usually a period during which successors can be considered. However, the transition might be abrupt and disruptive if the post is left owing to resignation, dismissal, or bad health.

Companies should not begin succession planning after the announcement has been made. Instead, years ahead of time is the ideal time to plan for leadership transitions. Developing a pool of internal and external talent helps you to prepare for any uncertainties.

Employees with exceptional qualities and skills that can help them advance to higher executive posts might be identified through succession planning. The succession planning process may also aid in identifying an employee’s weak areas and places where talent training might aid in improving performance.

A lesser-recognised advantage of succession planning is that it optimises the usage of funds for recruitment. Since succession planning incorporates internal replacements, the company may save money on expenditures that would otherwise be spent on external recruiting. Companies pay credible staffing solutions millions every year to recognise appropriate external candidates.

4. Maintains loyalty to the organisation

One of the most notable advantages of Succession Planning to the employer is that it instils a feeling of respect and loyalty. Depending on how management embraces change, it may make or break a company. An organisation should identify a successor for a key member of top management who can execute tasks better than the prior manager.

If there isn’t a perfect match for the job, the company may face difficulties that, if not addressed quickly enough, might lead to its collapse. If implemented right, it may motivate employees to participate in key decision-making processes. Employees can also stay loyal to their firm since succession planning prepares them for advancement in their careers.

Employees have a more optimistic view of their future at your organisation when you establish a succession plan that highlights growth possibilities and encourages them to achieve more. As a result, they’re more inclined to stay for the long haul.

Succession planning leads to engagement with the employees where they get a platform and an opportunity to voice their needs and opinions. This helps them to feel recognised in the organisation.

Frequent engagement amongst senior management and the employees leads to a healthy workplace environment.

Succession planning benefits the employees in the short term as well. To fulfil the talent gaps an employee might have, they are provided with training and development programs. These development opportunities help the employees to achieve their immediate organisational goals as well. 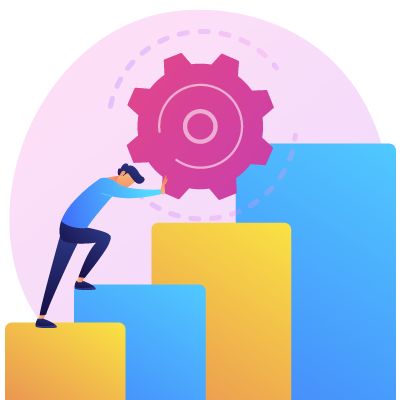 According to a survey, the amount of market value wiped out by badly managed CEO and C-suite transitions in the S&P 1500 is close to $1 trillion a year. This may result in organisations failing to examine essential and critical data, particularly data that is already available.

Furthermore, the data is scattered across several spreadsheets and platforms, necessitating a substantial amount of time and effort to collect and compile for the succession planning process. As a result of the effort required, succession planning is more difficult to scale across more people and critical positions and can be considered as a disadvantage of Succession Planning by many.

Success at a particular stage doesn’t guarantee great results in future leadership positions too. Promotion is sometimes seen as a reward for a job well done or a commitment to the company. A huge aspect that contributes to the promotion of an employee should not only be merit but also their future at the company and potential to take up leadership roles in the future.

The crowned prince syndrome, which arises when top management only considers for development those individuals who have become visible to them, is a possible concern in succession planning. In other words, rather than considering a broader range of individual employees and their abilities, upper management concentrates solely on one individual—the “crowned prince.”

This is usually someone who has worked on high-profile projects, has a powerful and influential mentor, or has a strong network of organisational leaders. This could lead to the loss of high-quality employees who were passed over for promotion.

The benefits of Succession Planning definitely outweigh its drawbacks but SAP SuccessFactors Succession & Development provides an all-round solution for succession planning by making it a seamless experience for your organisation with its holistic data management solution and other benefits such as but not limited to:

To know more about how SAP SuccessFactors Succession & Development helps your organisation, book a demo today!